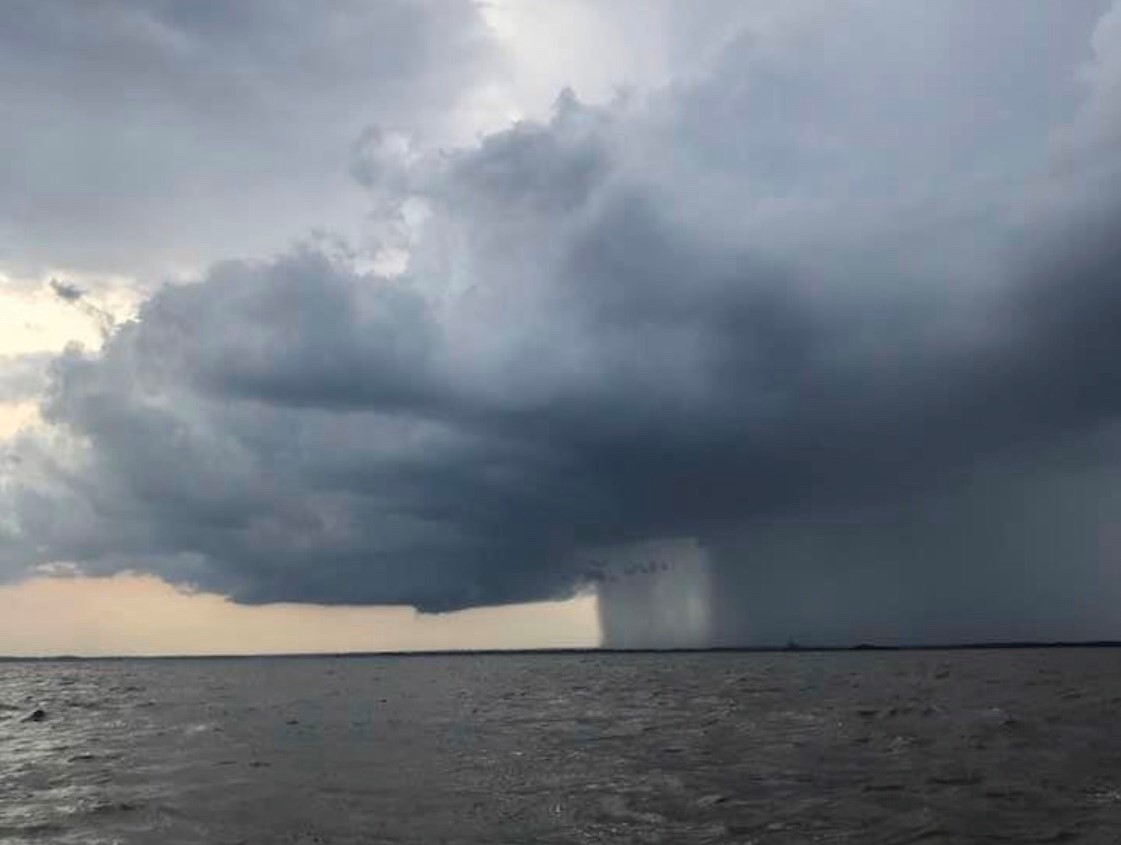 As I’ve started writing these blogs, the memories are coming back in fits and starts. Now comes to me the memory of my first offshore race. Again, in the Pearson 26 Gotcha.

The country of Trinidad and Tobago consists of 2 islands at the southern end of the Caribbean island chain. Trinidad, the main island, is the southernmost island nestled up against Venezuela on the South American continent. Tobago is located to the north east of Trinidad about 20 miles apart at it’s nearest points.

The vast majority of the sailing and racing takes place in the Gulf of Paria. This is the body of water that separates the island of Trinidad from the South American mainland. It is a fairly sheltered gulf unlike anyplace else in the Caribbean. Being completely surrounded by land, with just narrow entrances to the north and south, the wind, tide and currents make for some tricky sailing conditions. With generally lighter and less consistent winds that the average Caribbean conditions.

My first year in sailing was spent in this gulf, never once venturing out onto the north coast and into the open sea proper. Now, the powers that be in the sailing club decided to have a race from Trinidad to Tobago. I think it was Easter 1975 or 1976. To make it a bit easier, the start was to be about halfway up the north coast of Trinidad from La Filette Bay. And the finish would be in Store Bay in Tobago. Basically a 45 mile upwind leg.

So, on Holy Thursday the fleet motored up to La Filette and anchored for the night. The race start was at 0600 on Good Friday morning. Even though the bay is fairly protected it is still open to the north so it was a very rolly, uncomfortable night. Fell asleep in the cockpit watching masthead lights spiraling.

At 0400 we were awakened to get the boat ready and to have something to eat. There were 5 of us. The owner and his wife and his friend and 2 of us boys. Just as we were getting the anchor up the Coast Guard pulled up and asked if we needed any extra crew. Apparently a boat had mechanical problems and was retiring from the race. A boy about our age wanted to go on the race so had convinced the Coast Guard guys to carry him around the boats to get a ride. Our owner’s wife agreed immediately and so he jumped on board.

The race start was anticlimactic. We got the timing wrong but it didn’t matter as the breeze was very light so we drifted over the line with everyone else. Being the smallest boat in the fleet, once we drifted far enough away from the land we picked up the lightest zephyrs and were moving! We were leading for the first 2 hours until the wind filled in and the weather changed.

Now the strategy for this race is fairly simple. Short tack up the coast of Trinidad trying not to get into fluky wind too close inshore. And try to keep out of the current by not going too far offshore. Next is to choose when to tack offshore to make the crossing between the 2 islands. Too soon and you will be swept west with the current. Too late and you will have sailed too much extra distance.

So, after the light air start, the wind filled in from the NE at about 10-14 knots. But, also rain squalls with up to 30 knots at times and back to calm right after. Great entertainment, lots of tacking while reefing and unreefing the mainsail constantly. A long slog upwind in waves and squalls in a 26′ boat.

Not much more to report. Just a long slog upwind in waves and wind in a 26′ boat. And remember this was before GPS so our instruments were a compass and transistor radio to use as basic RDF. No deck shoes, we all sailed barefoot. Foul weather gear as we know it now was non existent. The owner had a long black rain slicker and the rest of us had from cheap plastic ponchos to denim jackets, none with hoods. No nice waterproof duffel bags like today. Needless to say, we were wet from the first squall at about 0900 until the end of the race. For us that was at just after midnight. We were the last boat to finish and took about 18 hours.

The owner’s wife was seasick and hugged up the head for the entire trip. We beat up into some rough sea at times and did some mighty slamming. All I can say is, that little boat was strong! Came through with no major damage. At some point after falling off a wave during the night, the outboard fuel container ruptured. 10 gallons of gasoline in the bilges together with everything else. What a mess! We napped when we could on deck and the rest is a blur.

When we finished we sailed up into the bay and dropped anchor. We put up the awning, did some basic cleaning up and then knocked out. No food, no stove, no dry clothes…just sleep.

Awake with the light at dawn. Dive into the sea for a bath. Then put the boat back together and finally have a cooked meal. Boat looked like a Chinese laundry with clothes drying on every surface. From that day on it has never ceased to amaze me how quickly we forget a hard passage once anchored off a beautiful tropical beach. What a race! We placed last in the fleet. I turned 14 on the day of the race but didn’t remember it was my birthday until the next day. That’s one birthday I will always remember going forward! It was also the first of many spent away from home sailing.