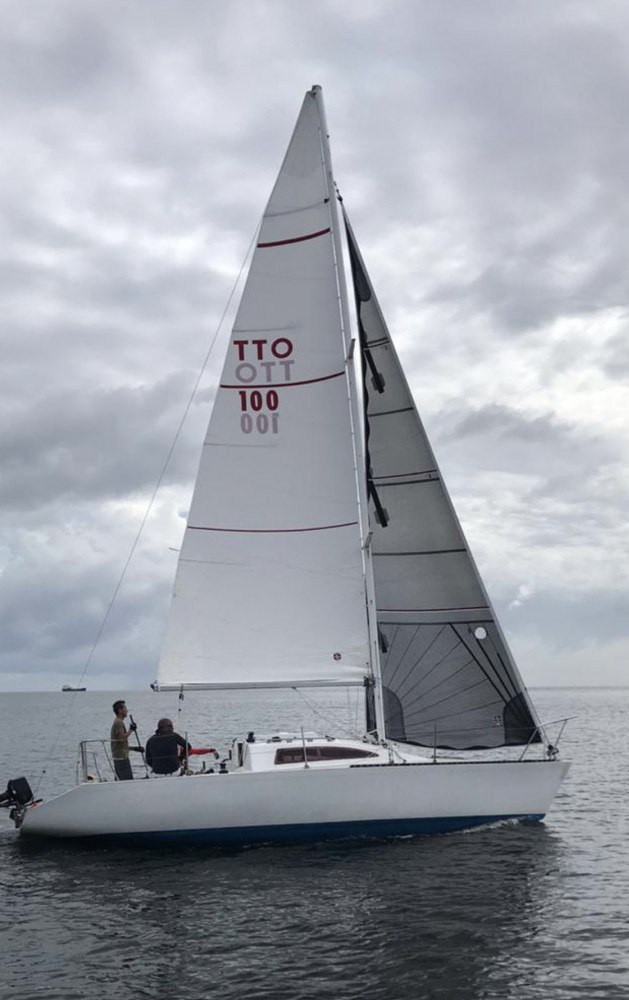 In these times it seems that old racing sailboats are getting a new lease on life. It’s almost like a second coming for lots of idle, abandoned or forgotten boats from the IOR era. The heyday of these boats was in the 70s and 80s with hundreds or thousands being built for racing. As “cruiser racers” that meant there was some accommodation below. Supposedly you could cruise in them with family and friends. What it really meant is that the delivery crew had some form of comfort and accommodation when sailing the boat to a regatta.

In those days many crews lived on the race boats at regattas. It was a different time from nowadays where crew live ashore and the boat is completely stripped out for racing. Looking back it seems like the good old days. Well maybe they are returning. With the pandemic the demand for boats has shot up. Sailing is very amenable to social distancing and is played outdoors in fresh air. There is a high demand for new and used boats. Hopefully more people and boats sailing will translate into more racing.

Here are some thoughts and experiences gained from buying and refitting an old 30′ racing sailboat from the 1970’s. 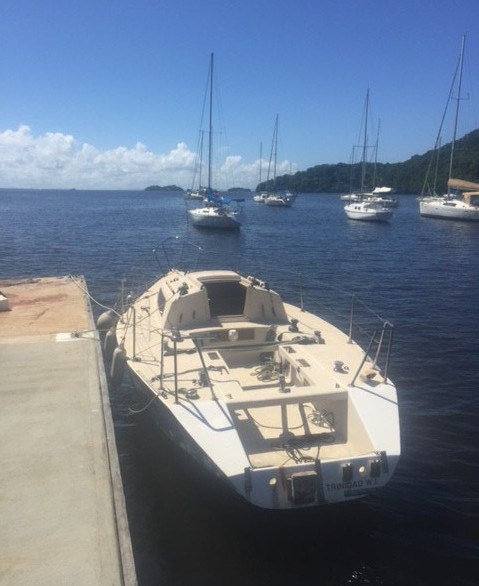 The boat was sitting on a mooring in the sailing club for years with only occasional usage. In fact, it was not used at all for the last 2 years. In a chance conversation with the club manager, I was asked if I wanted to buy a boat. The owner had recently died and his family were not sailors. They wanted to sell the boat and pay off the bills accrued for mooring etc with the sailing club. In the right place at the right time? Who knows? That still remains to be seen as after a quick inspection, I bought the boat.

Here is what I got. This may be fairly typical when buying a boat of this vintage. It is a Farr 1/2 Ton built in 1978 or 79. It was in pretty poor shape. There were 6 sails on board which I’m pretty sure some were original to the boat! None of them were re usable. Also, on board were assorted bits and pieces of running rigging, hardware, life jackets, canvas pieces etc. All was no good and dumped. The only good news was the 15hp outboard motor which was in good shape and working. Started on the first pull!

On further inspection I found that the mast had been broken and repaired in 3 places and the rigging also looked original. There was a relatively new boom. The boat had also been hit on the port quarter and repaired. The repair was strong but not pretty and was obvious as the paint didn’t match. I basically had a good hull, outboard engine, anchor, lifelines and stanchions and a boom. About worth what I paid.

The first thing I did was take the mast out. On inspecting it properly I realized that it would have to be replaced including all standing and running rigging. Next, the boat was hauled out and inspected. The bottom needed work as was to be expected. Luckily the contractors were in a slow period and looking for work. So got the bottom peeled and refaired for a good deal.

Hull and deck weren’t too bad so left off that paint job for the future. Next was to strip off all the deck hardware for inspection. Most was vintage 70s stuff so was to be changed out. The boat had 8 winches! Which was par for the course for those times. Some will not be going back on as we will be simplifying the deck layout to a more modern look.

Down below there was nothing. All plywood bunks etc were rotten and discarded. The Head was in place but dysfunctional. Over the side with it and all thru hull openings sealed. What electrical system with lights etc was condemned and taken out. Will decide later on what if any electrical systems to re install. Interior was stripped out, cleaned and painted.

The plan for the boat is to use as a club racer. Later we will refit a basic interior with bunks and pipe cots. We plan to use bladders for water if going to regattas or over nighting. The interior lay out or re construction is also set for the future. First things first. Bought the boat to sail and enjoy so work will be done in phases.

I needed a new mast and had actually gotten a quote including standing rigging that was not as high as I had expected. Was in the headache process of trying to organize shipping when another chance conversation changed everything. As luck would have it, there was a mast available in the boatyard! It was the same section as mine but longer and had 2 spreaders instead of 1 like mine did. By cutting a bit off the bottom I could get it to fit just like the old one. And by cutting a bit off the top I could alter my sail plan a bit for the better.

Here’s what we did. The “new” mast was a 3/4 fractional rig with inline spreaders and running back stays. We cut a little off the top to make it a 7/8 fractional rig and replaced the inline spreaders with swept back spreaders. And eliminated the running back stays. We were making new chain plates anyway. So, it was just a matter of glassing in new bulkheads further aft down below in the boat to accommodate the swept back spreaders. Serendipity.

Another bonus with the “new” mast was that it had a Selden roller furler. I wasn’t planning on having the head sail on a furler but this just worked out great. Instead of having overlapping Genoas as the boat was set up originally, I would just have a taller, non overlapping jib on a furler. This worked out well and makes the boat very easy to sail short-handed. I also set up double back stays for the mast in case we decide to go to a fat head main for racing later on.

The deck layout is simplified and evolving. No more Genoa tracks but using Antal rings for a floating jib lead with in haulers and out haulers available. For now, we are sticking with a fractional, symmetric spinnaker and pole. After racing and seeing our rating, we may decide to go masthead symmetric. Or, maybe shift to a bowsprit and asymmetric spinnaker. All that remains to be decided in the future.

For now I have 3 sails. A Dacron mainsail with 2 full battens at the top and 2 short battens with 1 Reef. Maybe we will upgrade to a laminate Fat Head mainsail in the future. I also only have 1 all-purpose #2 carbon laminate, full size, non overlapping jib with battens on the furler. In the future there is the possibility to add a Light #1 race laminate Jib. And a #4 Heavy jib probably in Dacron that could double as a cruising or day sailing jib. There is one all-purpose symmetrical spinnaker for now. We will decide what to add to the sail inventory as we go along.

There you have it. From purchase to sailing in about a year. Could have been quicker without a pandemic and with more money but it is what it is. Must also mention that I have 2 other owners join me so that the financial strain is eased. There are lots of these type boats out there. Some are still in good turn key condition and ready to sail. Others like mine are fixer uppers. There is something for everyone once you are willing to make compromises on money or time. Just like everything else in life. If anyone is interested in getting more details on the refit please contact me below. For now, it’s time to enjoy sailing.

First Wednesday night race for the summer is done

First day out sailing for the season. 😃👍#sai

I would say that rigging hardware has gotten small

The more things change, the more they remain the s

This is what I can’t take!…30F with the breeze

Happy New Year 🎆🎊 🍾everyone!! Do not let