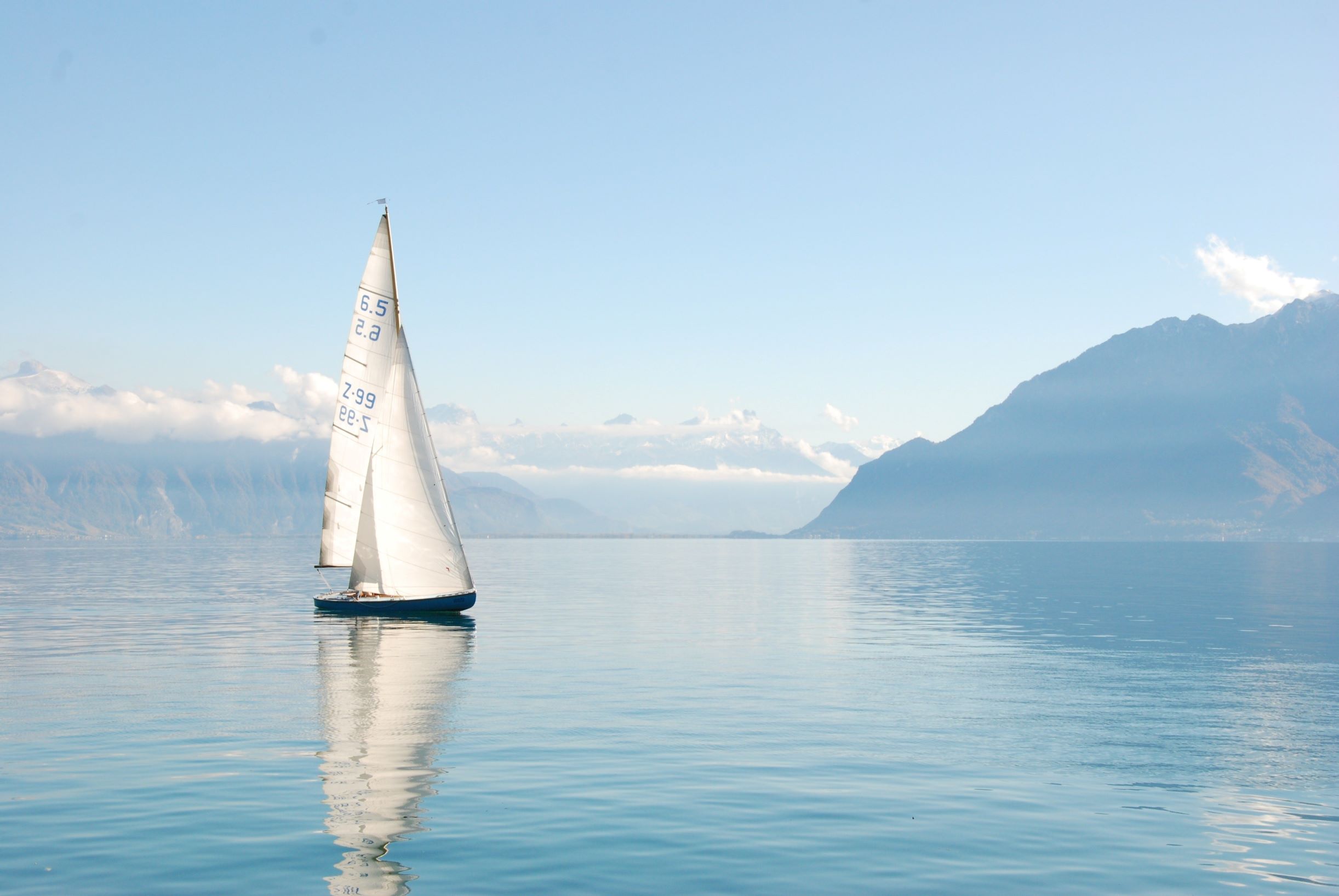 About 1 year after I started sailing, my time on the Pearson 26 was coming to an end. I was fully involved in racing Mirror dinghies with my friends who all raced on keelboats as well. The competition was heating up! At the same time, the owner of the Pearson 26 that I sailed on was losing interest in the racing. So, when I was asked to crew on the same boat as my Mirror dinghy crewmate, I jumped at the chance. Ended up racing on the last of the wooden sailing boats to win Boat of the Year titles in the island.

Looking back now, I can see that the era of the wooden sailing boats was coming to an end. More and more fibre glass boats were joining the fleet. Owners were upgrading to the newer “plastic” boats as they were cleaning up on the race course. I just managed to not miss out on sailing on one of the most memorable boats ever. One of the last wooden boats still sailing and racing at the time.

Her name was Lisa. I don’t have her pedigree. Don’t know how or when she got to Trinidad. Remember hearing that she started life as an 8m. At some point she was badly damaged. Changed owners a few times and then was rebuilt locally, without plans, into the boat I met. I think that was in 1977. Really sorry I don’t have any photos so will try to describe her.

She was 39′ long and narrow with long bow and stern overhangs. I remember the transome was squared off. Think this was a modification from her original lines. Full length keel with attached rudder. 3/4 rig with wooden mast, boom and spinnaker pole. Wire Running Backstays that worked with a lever. Very basic interior with pipe cots and camping stove. She had an engine that had to be started with a crank handle. This was apparently so dangerous to start that we only ever used it in emergencies. She also had very low freeboard and no lifelines!

The owner Richard, is the nicest and the best guy that I have ever sailed with. I believe that the 3-4 years I sailed on that boat set my love for sailing that influenced the rest of my life. Apart from my friend and I, who were 18 and 15, the rest of the crew were all in their late 50’s or 60’s, or maybe older. Ben, Jack and Neville. They were all friends or family of the owner and did not consider themselves sailors. But just good friends who did stuff together. They did not know nautical terms nor cared. Tactics, sail trim and all the nuances of sailing, neither. But they were the most naturally gifted with common sense and immediately grasped concepts. We won a lot of silverware with that crew and boat.

Early on a Sunday morning, the owner Richard would meet us two youth at the club. Usually we would already be in the water cleaning the bottom. The 3 of us would rig the boat and prepare everything for the race. Then wait… Finally, when all the other boats start making their way out to the race course… Here come our 3 crew who start explaining why they are late by blaming each other. This explanation starts from in the tender before they even get aboard. Once they get aboard then the argument really pipes up. We pull up the sails and sail off the mooring. The argument continues while Ben, Jack and Neville go below to put away their gear. The other 3 of us are sailing the boat.

At the 10 minute gun the argument stops, but it’s not finished. The race starts and off we go upwind. Richard steers from to leeward with one arm braced on the gunwale. The boat loves sailing over on it’s ear and the driver can tell the angle of heel by how far up his arm gets wet. We are trimming the sails for Richard as he calls for the fine tuning. The 3 hunters hiking have now begun a discussion about a hunting trip that they were on in the past. It is an ongoing discussion that carries on with only pauses for tacking the boat. At the weather mark the spinnaker is set and jib taken down. We are right up with the leaders. Time for something to eat and drink. The hunting discussion has moved into a disagreement. Something about dogs and an agouti…

At the leeward mark we pull up the jib, drop the spinnaker and start heading upwind. The disagreement is now turning into an argument and everyone else on board is getting sucked in as the discussion has been ongoing for nearly 3 hours. Richard is like a judge and tells them to shut up until after the race when he will render his verdict.

Peace and camraderie reign until Ben goes below to get his sweetbread that he saved for later. Loud shouts when said sweetbread cannot be found! Suspicions, accusations and counter accusations fly. Interrupted only to put back up the spinnaker and the run to the finish. Muttering continues. We finish the race. We may have won but no worse than 3rd we think.

Back on the mooring, hunters clamouring for justice over after race drinks. Facts presented again ad nauseum. Richard makes a ruling. Winner happy, losers muttering but all are peaceful and happy…for now…

In the years sailed with these guys they never ceased to amaze and entertain me. Their constant conversations had us laughing constantly. You could not remain vexed with them. One time working on the boat they let a halyard go, but before the argument could start… Jack gets up, folds his newspaper, puts it in his back pocket and just free climbs the mast. All the while berating his 2 pals that let it go. I’m pretty sure he was in his 60’s!

Another time we went on an overnight race to Grenada. When we arrive, Richard asks the guys for their passports. Turns out 2 of them don’t have passports! No worries, they just hide down below when we go to clear in.

Headsail changes with hanked on sails! Who can remember those skills? Wire Running Backstays with levers. Surprised that I still have all my fingers! End for End gybing on that narrow foredeck with no lifelines or lazy guys!

One really rough race to Grenada overnight… Always will remember the boat heeling over so much that the boom would catch a wave to lee and come flying inboard almost to the center line at times! 3 hunters sent down below for safety. Richard and the 2 of us taking turns steering, pumping and sleeping. 1 hour at each. Steer, then down below to the big bilge pump. Sit on the cabin sole, brace yourself and pump the handle. Not fast, at your own pace for an hour. Then into the cockpit to nap on the floor under the tiller. No fowl weather gear to talk of, no shoes no life jacket, no safety harness! We came 2nd in that race. Only boat to beat us was a Cal 40!

I could go on and on. Great times and learned to sail by the seat of my pants from those guys. All by feel and senses. Those inter island races we only had a compass and transistor radio. If we had charts, can’t remember ever pulling them out. We won lots of silverware. To this day I still have a pewter mug that Richard gave to me at a prize giving function. Still my favorite. Great times and only a fraction of the stories. More later. Wooden sailing boats never to be forgotten!