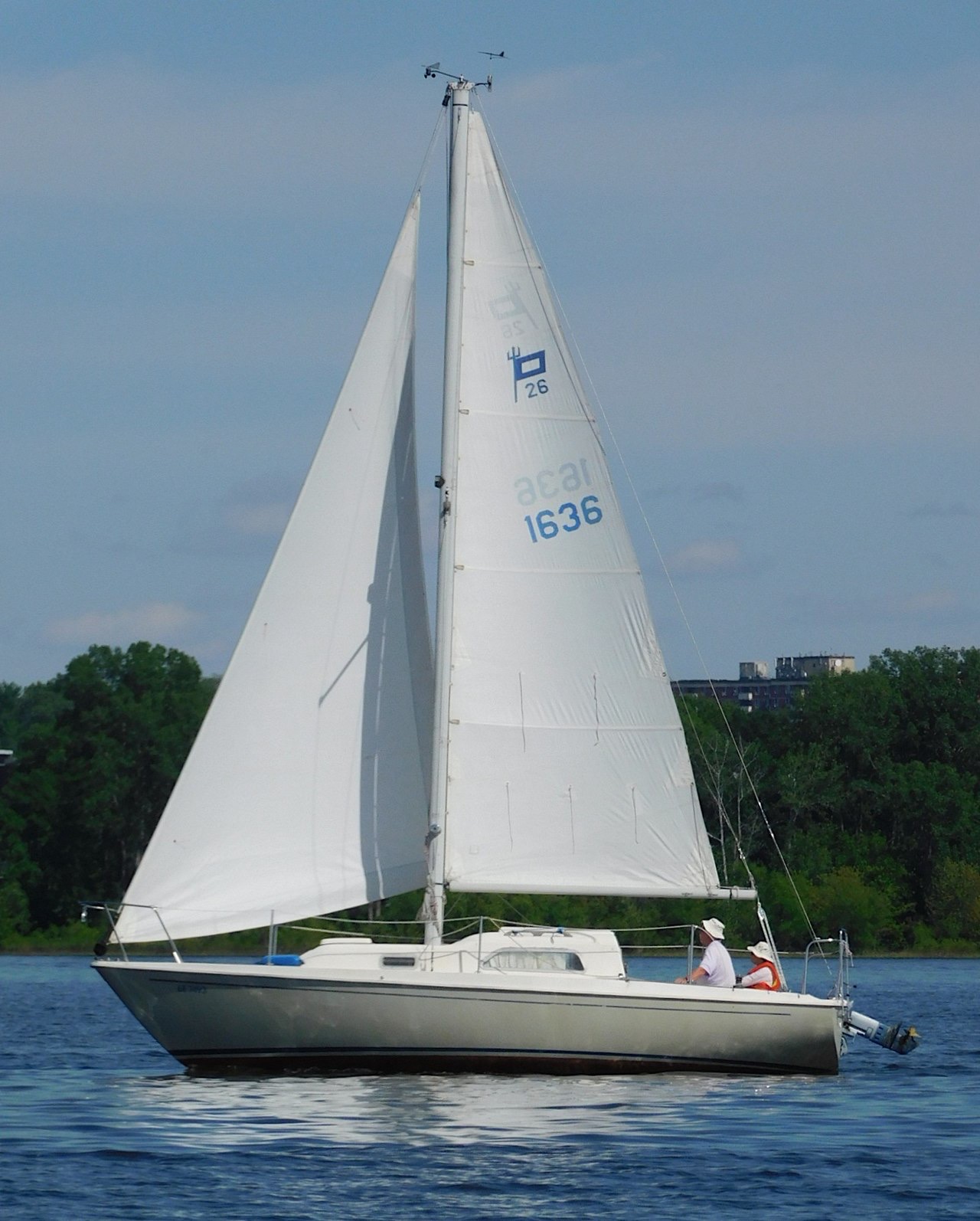 I must say, there was no messing around. The second time ever on a sail boat was for a race. Went out for the first time sailing the weekend before and now it’s race time!

That second day sailing and first race is hazy in my mind. I can remember getting aboard and trying to recall how to rig the boat. But now with the extra complication of rigging for the spinnaker. Had no clue what that was but deduced it was some sort of sail that created disasters. The skipper’s wife seemed to know a lot about it as she made it her business to explain to us boys about the many calamities that would befall us when it was hoisted. I must admit that our experience of the said lady was that she was pretty high strung, she knew everything and constantly spoke her mind. We boys had already started to learn to tune her out so didn’t pay much attention to her yapping.

So off we went, out to the starting area. Sails hoisted, outboard engine off and stowed below and we were sailing about. I have no memory of the starting sequence or start of the race. My head was down looking at ropes and winches just trying to keep up with the instructions.

After lots of maneuvering, shouting and flapping of sails we were on our way. Apparently the race had started! There were other boats which seemed to be very close to us all going the same direction, at least for the moment. I was told to go hike so, although I thought that was a strange order, I set off for the bow which I figured was the furthest point of the boat. At this point I learned in pretty colorful language what hiking meant on a boat. I can look back now and laugh. In those days if there wasn’t cursing on the boat then you weren’t doing it right!

Before I forget, let me fill in the weather for this race. The wind was about 14-18 knots from the SE. In the Gulf of Paria in Trinidad this wind combined with a rising tide creates a short steep chop that is lively to say the least. So here we are going upwind with the owner driving and his pal doing the main sheet. The 3 of us boys are learning to tack the Genoa in some challenging conditions and all the while to non stop commentary and advice from the skipper’s wife. Just to set the scene…
We had just got to the point of tacking the Genoa for 2 consecutive tacks without getting cursed. Now, we were given to understand that we were on the lay line for the weather mark and that we would require the spinnaker. Immediately the yapping started taking on an hysterical timbre.

One of my friends was sent below to fetch the spinnaker. Once on deck, the main sheet trimmer, who was the only one other than the skipper who knew how to connect the spinnaker, went forward to set it up. As we got to the mark and bore away, sails were eased, ropes were put into hands and orders given. The main sheet trimmer now tuned bowman and mast man hoisted the spinnaker. My friend was told to “square the pole” which was pretty easy to figure out. I was told to “trim the sheet” which I also figured out and did.

The spinnaker filled. It was a nice blue with blue and white radial top. It was all I had time to notice before the boat took off down a really steep wave. The stern went up and the little spade rudder on the Pearson 26 came out of the water and we broached. There were shouts of “Ease the Lee” which I wondered why no one was obeying. Especially as the boat was leaned over and I was up to my neck in water holding on to the sheet for dear life. Shortly I got to understand that the spinnaker sheet must also be called the lee sheet! Mainly because everyone shouting was looking at me!! So, I eased the sheet, the spinnaker collapsed from where it was filling on the surface of the sea and the boat sprang upright. Now came the shouts to trim the spinnaker again. At the same time the yapping started at a higher volume from down below “No! No!! Take it down!!” I trimmed the spinnaker and off we went again!

I don’t remember much after that…I’m pretty sure we broached a couple more times before we finished but they were tame compared to the first one. I think I went a few years well racing in different boats before I had one to beat that first broach.  When we got back ashore the other competitors christened our boat the Broaching Machine and we were the center of the conversations at the club.

I also remember people asking me if I was going to come back sailing after that “ordeal”. The thought never entered my mind! This was the most fun yet!! These early experiences just made me want it more and, happy to say, I’ve never lost that passion. As a final note, the owner’s wife never sailed in a race with us again. The only time she ever came back on was if the spinnaker went off the boat. The two of them were never on the boat at the same time from that day onward!